A Vision of Two Healthcare Futures

The 2012 Election and the Future of Medicare and Medicaid

The Affordable Care Act is the signature domestic achievement of President Obama and something that the Romney-Ryan plan would repeal entirely. Governor Mitt Romney chose for his running mate Rep. Paul Ryan (R-WI), the author of the House of Representatives Budget which proposes major structural changes to Medicare and Medicaid. In their contrasting visions for healthcare, the two presidential campaigns present two dramatically different visions for healthcare in the United States.

This article summarizes the basics of these different visions. The descriptions of the law below are very general and do not include programs that do not directly relate to Medicare and Medicaid. CIR has already provided extensive information on The Affordable Care Act in the past through events and on our website. You can find more specific information on our page on the Affordable Care Act at http://cir.seiu.org/healthreform. 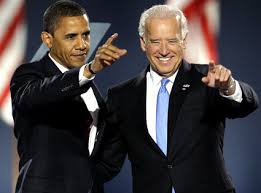 Under the Affordable Care Act, on January 1, 2014, all individuals under 133 percent of the poverty line (about $29,000/year for a family of four) would be eligible for Medicaid. The federal government would pay all costs for the newly eligible for the first few years, and 90 percent of the costs thereafter. The recent Supreme Court ruling allowing states to opt out of this Medicaid expansion makes it hard to estimate the number of patients affected, but it will be in the range of nine to 15 million additional people with coverage.

Medicaid primary care reimbursements have been slashed repeatedly by states to balance their budgets. The ACA raises those payments to Medicare rates for the same services in 2013 and 2014, with the federal government making up the difference.

Medicaid will implement some of the payment reform models that are being implemented in Medicare as part of the ACA.

The Affordable Care Act keeps the eligibility age at 65 and does not allow for any cuts to benefits for patients.

There are additional benefits for seniors, including free preventative care and an annual wellness visit with no co-pays beginning in 2012.

Those who fall into the Medicare Part D prescription drug doughnut hole received rebate checks in 2010 and a 50 percent discount on all drugs they purchased out-of-pocket in 2011 and beyond. When the law is fully implemented in 2019, the hole will be closed and Medicare patients will have continuous coverage.

Additionally, primary care providers began to receive 10 percent payment bonuses for their Medicare codes over the past year.

The ACA tackles healthcare costs in two ways. First, it targets costs that are not directly connected to keeping patients healthier. These include requiring rebates from pharmaceuticals for bulk purchases made through Medicare (instead of paying list price); cutting the large subsidies paid to insurers in the Medicare Advantage program; dramatically escalating the tools for fighting waste, fraud, and abuse in the program; and including penalties on hospitals with a high rate of preventable hospital readmissions and hospital acquired infections.

The second method is by changing the way care is reimbursed to emphasize coordination and quality of care instead of quantity of care. This includes value-based purchasing – factoring in quality metrics and patient satisfaction scores when calculating reimbursement, and a wide range of pilot projects through the new CMS Innovation Center to experiment with new models like accountable care organizations and patient-centered medical homes.

Finally, a board of experts called the Independent Payment Advisory Board (IPAB) will begin to meet in 2015 if the projected growth in Medicare exceeds a targeted rate. The IPAB is prohibited from rationing care, changing eligibility, or increasing premiums and co-pays, nor can it change hospital reimbursement rates until after 2019. However, it can fast-track other changes to the program to meet the target growth rate.

In addition to the Affordable Care Act, President Obama has recommended lowering the targeted growth rate that activates the IPAB recommendations even further, to the growth of the Gross Domestic Product plus 0.5%—the same target figure as in Rep. Ryan’s original proposal.

The Romney-Ryan plan proposes to change the nature of federal funds from a matching program to a “block grant” program. Instead of matching what the state spends on Medicaid patients for that year, the federal government would provide a fixed amount that would not change, regardless of an increased number of patients or increased costs of treating those patients triggered by an economic downturn.

Additionally, this fixed amount would only increase by the cost of inflation each year – far less than the two to three times the rate of inflation that medical costs have grown over the past few decades. In exchange, each state would have additional flexibility to cut benefits or patient eligibility to make up the loss of funds.

These steps would cut what the federal government spends on Medicaid by an estimated $1.74 trillion over 10 years.

Finally, the Medicaid expansion to cover all individuals up to 133 percent of the poverty line in 2014 and to increase primary care physician fees in 2013 added as part of the Affordable Care Act would be repealed.

The easiest way to describe the plan is that it would move Medicare from a defined benefit model to a defined contribution model. A defined benefit is like a pension – care for Medicare patients are guaranteed and the federal government pays the full cost (minus some premiums and co-pays) for whatever the patient uses. A defined contribution is like a 401(k) – the federal government agrees to pay a set amount per patient every year and only that amount, regardless of the financial needs of the patient.

Beginning in 2023, those who become eligible for Medicare would receive a set amount of money—“premium support” or a voucher—which they can either use for traditional Medicare or for purchasing standardized private insurance plans.

Insurance plans would receive different payments based on the health of the patient and to remove the incentive to cherrypick. According to the non-partisan Congressional Budget Office, the voucher would cover approximately 89 percent of the costs for enrolling that patient in Medicare, with the rest to be made up by the patient through co-pays, deductibles, co-insurance, etc.

The plan presumes that private insurance will achieve greater cost savings than traditional Medicare. As a result, the value of the voucher will only increase at the rate of inflation plus 1 percent each year – again, far less than the two to three times the rate of inflation that healthcare costs have increased for the past few decades. If that trend continues, the CBO estimates, the voucher will only cover 77 percent of estimated costs in 2030 and 66 percent in 2040, with the patient obligated to pay for the rest or go without.

Practically, that means the plan would re-establish the Medicare Part D “doughnut hole” coverage gap for prescription drugs, reinstituting cost-sharing by the patients for preventative care services, and allowing for co-pays for annual wellness visits. Additionally, the Romney-Ryan plan would gradually raise the Medicare eligibility age from 65 to 67 by the year 2034.

Some questions remain. First, the original plan as developed by Rep. Ryan would have kept most of the cuts and savings – approximately $700 billion – from the Affordable Care Act and used them to extend the solvency of the Medicare Trust Fund into the next decade. However, Governor Romney has said that he will repeal the ACA in its entirety, keeping none of the savings. If that is true, the Medicare Trust Fund becomes insolvent in 2016.

Finally, Medicare funds a number of programs that are not direct patient care, including Graduate Medical Education. There have been no details on whether these programs will continue at their current level or whether the entirety of the Medicare budget would instead be converted to vouchers under this plan…

During this year’s Open Enrollment period under the Affordable Care Act, your patients can apply for the first time, renew their current plan, or go shopping for a better option.

Here are the dates you need to keep in mind!
November 15, 2014: Open Enrollment begins. Apply for, keep, or change your coverage.
December 15, 2014: Enroll by the 15th if you want new coverage that begins on January 1, 2015. If your plan is changing or you want to change plans, enroll by the 15th to avoid a lapse in coverage.
February 15, 2015: This is the last day you can apply for 2015 coverage before the end of Open Enrollment.

For more information, or to apply or change coverage, tell your patients to go to the following websites:

For more information on what’s next for the Affordable Care Act, go to cirseiu.org/healthreform

Tweets by @cirseiu
Failed to fetch badge info from Flickr.\n

Are you a writer? Do you have a story idea for CIR Vitals?